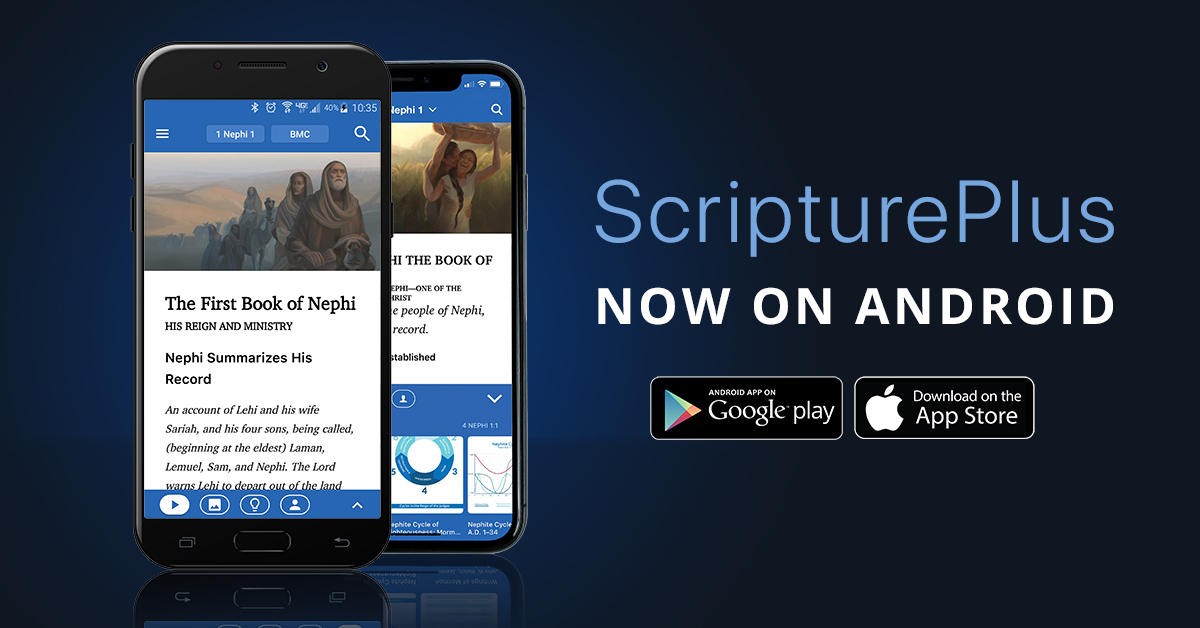 Book of Mormon Central is very pleased to announce that ScripturePlus is now available for download for Android devices. Our development team has been working very hard to be able to release this app to the rest of our audience.

The initial Android release of ScripturePlus will allow users to read the Book of Mormon (and other volumes of Latter-day Saint scripture) alongside enriching study material. Users can scroll through the Book of Mormon while also learning from supplemental images, videos, charts, KnoWhys, and Quotes from scholars and General Authorities.

Among the features currently included in the Android version of ScripturePlus are:

Please submit your feedback to help us improve the user experience.